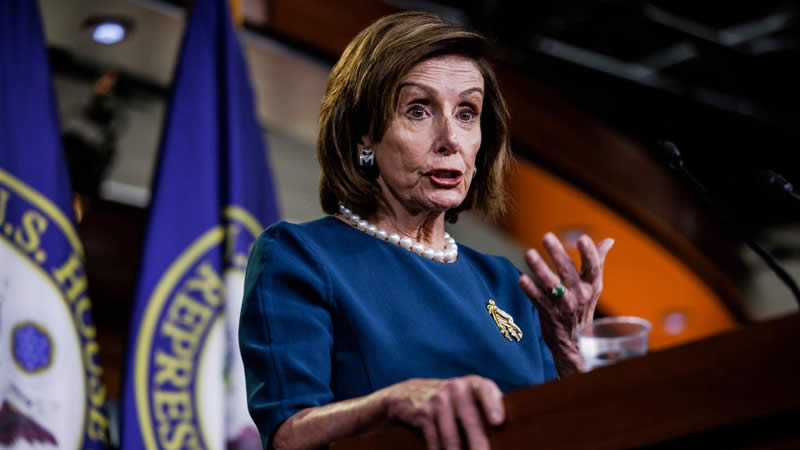 A bipartisan group of U.S. military veterans in Congress has called on U.S. House Speaker Nancy Pelosi and Minority Leader Kevin McCarthy to not tie additional aid to Ukraine to COVID-19-relief funding, The Center Square reported.

Pelosi met with Ukrainian president Volodymyr Zelenskyy in Kyiv on Sunday after telling reporters last week she supported authorizing funding for both in one bill.

President Joe Biden asked Congress to authorize an additional $33 billion in funding for Ukraine in a supplemental bill, which also includes another $10 billion in additional COVID-19 relief money. If those in Congress opposed either funding, the other would be held up.

The bipartisan group says it isn’t “in the best interests of U.S. national security to link further foreign and military aid to Ukraine to unrelated COVID-19 supplemental funding legislation.”

“Ukrainians on the front lines of the war against Russia are counting on expedient, reliable assistance from the U.S.,” they wrote. “Indeed, timely delivery of weapons and supplies has been essential for Ukrainian success thus far in the war.”

“Attaching unrelated COVID-19 legislation—legislation that is currently tied up in a debate about related public health policies—adds uncertainty and precious time to the process of passing this crucial aid. Those debates should happen on their own merits, not with Ukraine’s sovereignty and tens of thousands of innocent Ukrainian lives hanging in the balance.”

They also argue the administration should significantly “ramp up the size and scope of U.S. assistance to Ukraine,” but in a comprehensive package, not piecemeal bills every month.

Comprehensive aid would include “military supplies, economic assistance, and traditional foreign aid,” they argue, “intended to demonstrate our sustained commitment to Ukraine, rather than funding assistance in a piecemeal approach every several weeks.”

The additional coronavirus relief funding was necessary, Biden said, “to avoid needless deaths in the United States and around the world,” saying it was “much needed, life-saving COVID funding.”

Pelosi told reporters Thursday she supported funding for both in one bill. “I’m all for that, I think it’s very important,” CBS News reported. “We have emergencies here. We need to have the COVID money, and we need – time is of the essence because we need the Ukraine money. We need the COVID money. So I would hope that we can do that. That’s – this is called legislation and we’re legislating and we’ll have to come to terms on how we do that.”

On March 11, the president approved a $13.6 billion aid package to Ukraine to send weapons and U.S. troops to Europe. On March 16, the White House announced an additional $800 million in security assistance to Ukraine.

On Feb. 23, Russia invaded Ukraine and has continued to advance further into the country. It recently announced its plan to use Moldova as a launching pad for further attacks.

On Sunday, Zelenskyy said Pelosi’s visit was “a powerful signal of support from the people of the United States,” the Irish Times reported.

Pelosi said she and others were visiting him to thank him for Ukraine’s fight for freedom, saying, “You fight is a fight for everyone. Our commitment is to be there for you until the fight is done.”