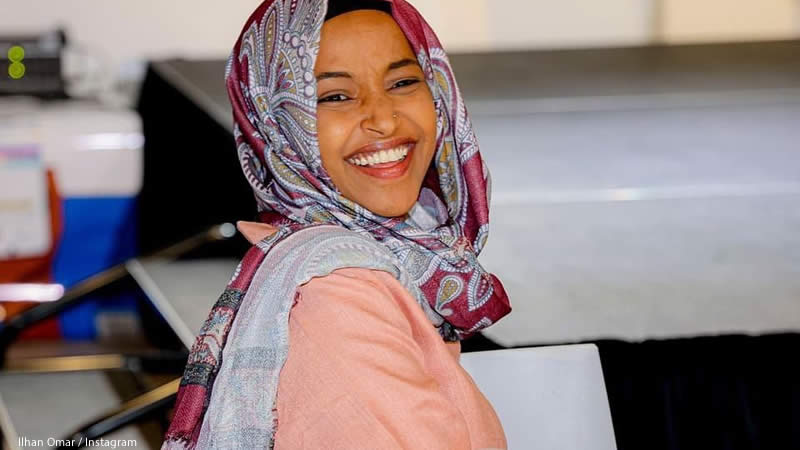 People have criticized Minnesota Rep. Ilhan Omar for mocking a video of plane passengers singing. To celebrate Easter at 30,000 feet in the air, the passengers were singing gospel music.

According to the Economic Times, the video footage has been slammed for inciting an “online worship” debate. Omar is a Muslim who retweeted the video and stated that the next time she is on a plane, she should hold a prayer meeting.

She inquired as to how people expected it to end. Vernon Jones, a Republican who used to be a Democrat, slammed Omar and asked why she hated Christians. Jones is a passionate supporter of Donald Trump.

Cicely Davis, a Republican candidate in Minnesota, stated that Islamic prayers were not a problem, the problem is that Omar hates Jews, Christians, and Muslims.

Another Minnesota candidate, Royce White, stated that the Democrats do not believe in God and warned Omar not to disrespect Christianity. The video includes songs about Jesus as well as a man playing the guitar. The caption was provided by the man who posted the video, who stated that they were taking over the flight for Jesus.

It remains to be seen whether it was a commercial flight, a flight with religious groups, or if the crew granted permission beforehand. Some passengers on the flight, however, were not amused by the singing and entertainment onboard.

Some claim that the man who posted the video is a pastor and that he is the founder of Kingdom Realm Ministries, a religious organization. According to reports, the organization is in Philadelphia, USA.

According to his social media, he was in Germany and other parts of Europe at the time he recorded the video on the plane. He and his wife have been working on the Ukrainian border for a few weeks and have been posting on social media.

The video was posted a week ago, but it is only now gathering steam because many people believe that if the songs had been Jewish or Muslim, they would have sparked a huge controversy and received significant backlash.

Continue Reading
You may also like...
Related Topics:Ilhan Omar