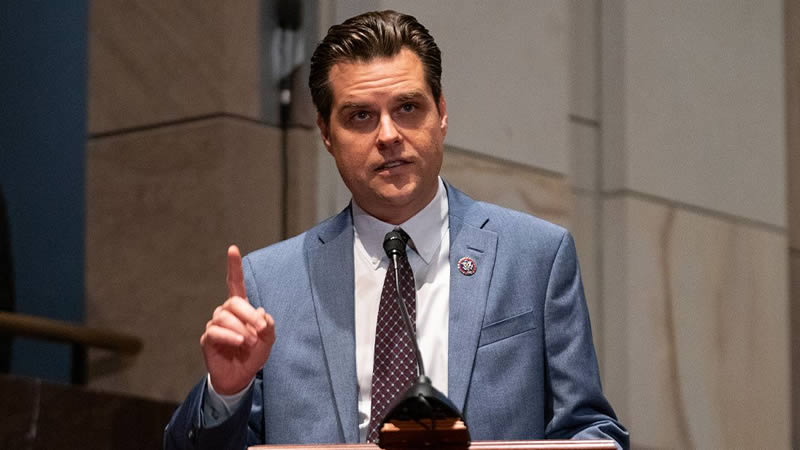 The sex trafficking case against Rep. Matt Gaetz (R-FL) is surging after it was revealed on Monday that his ex-girlfriend, who testified against him last week, had been granted immunity in exchange for her testimony.

Last Wednesday, the woman, who is not being identified in the media to protect her privacy, testified in front of a federal grand jury in Orlando.

In a statement to the media last week, Gaetz’s attorney, Isabelle Kirshner, stated that “we have seen no credible basis for a charge against Congressman Gaetz. We remain steadfast in our commitment to challenging any allegations with the facts and law.” However, her immunity status suggests she may have taken part in or witnessed specific criminal acts committed by Gaetz.

According to CBS News, as part of their obstruction investigation, FBI investigators are looking into whether Gaetz had a phone call with the ex-girlfriend and another woman who is already a witness in the federal investigation.

Investigators are trying to determine whether any of the women were paid and illegally trafficked across state or international borders in order to have sex with the congressman. According to two sources familiar with the situation, Joel Greenberg, a former Florida county tax collector, and Gaetz’s associate introduced Gaetz to the woman when she was 17 years old. Greenberg pleaded guilty to six federal charges, including minor trafficking, in May 2021.