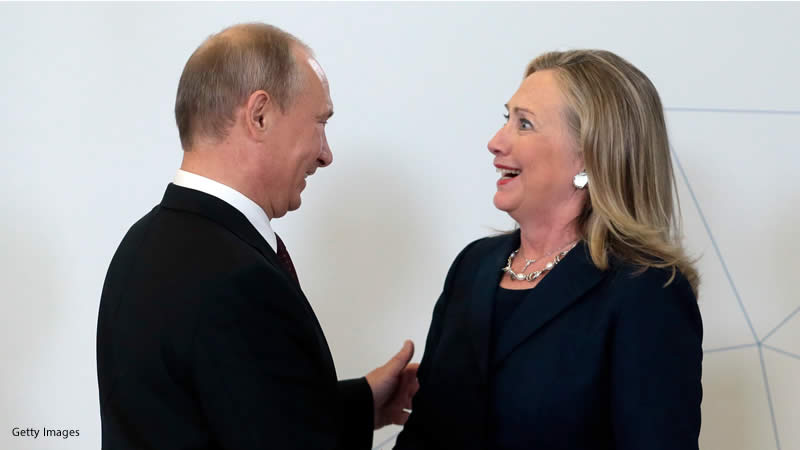 Prior Secretary of State Hillary Clinton on Sunday called on the U.S. and its allies to “double down” on their compression on Russia during its growing brutal occupation of Ukraine.

“The only way that we’re going to end the bloodshed and the terror that we’re seeing unleashed in Ukraine, and protect Europe and democracy, is to do everything we can to impose even greater costs on Putin. There are more banks that can be sanctioned. … There is an increasing call for doing more on gas and oil,” Clinton said on NBC’s “Meet the Press.”

She added: “So I think that now is the time to double down on the pressure.”

Clinton was confronted by Russian President Vladimir Putin amid her period as secretary of state, and the increasingly authoritarian leader censured her in 2011 for mass protests in his country.

Both Clinton and experts have said that Putin’s pique against her helped motivate his selection to intrude in the 2016 presidential election, in which she was the Democratic nominee. (“He has a personal beef against me,” she said in 2016.)

On Sunday, Clinton said: “We are really looking at this with our eyes wide open and seeing very clearly the threat he poses — not just to Ukraine, as we can watch every night on our news — but really to Europe, to democracy and the global stability that we thought we were building in the last 20 years.”

She also backed calls to eliminate Putin from the G20 summit in November, when leaders of the world’s largest economies have arguments to meet in the Indonesian resort island of Bali. Clinton said that if Putin does reveal up, as he has indicated, then his critics should boycott the event.

“I would not allow Russia back into the organizations that it has been a part of. I think that there’s an upcoming G20 event later in the year. I would not permit Russia to attend, and if they insisted on literally showing up, I would hope there would be a significant if not total boycott,” she said.

Her thoughts come as the Ukrainian government is showing its latest evidence of so-called Russian war crimes. Earlier in the day Sunday, Ukrainian officials charged Russian forces with mass executions of Ukrainian civilians in the outskirts of Kyiv, in particular, the city of Bucha in the northwest.

Agence France-Press reporters saw “at least 20 bodies on a single street … including one with his hands tied, and the body of a missing photographer was discovered in a nearby village.” Mayor Anatoly Fedoruk told the news outlet that
280 other bodies were buried in mass graves.

Whereas, Russia refused the reports, calling them “fake.”

Continue Reading
You may also like...
Related Topics:Hillary Clinton