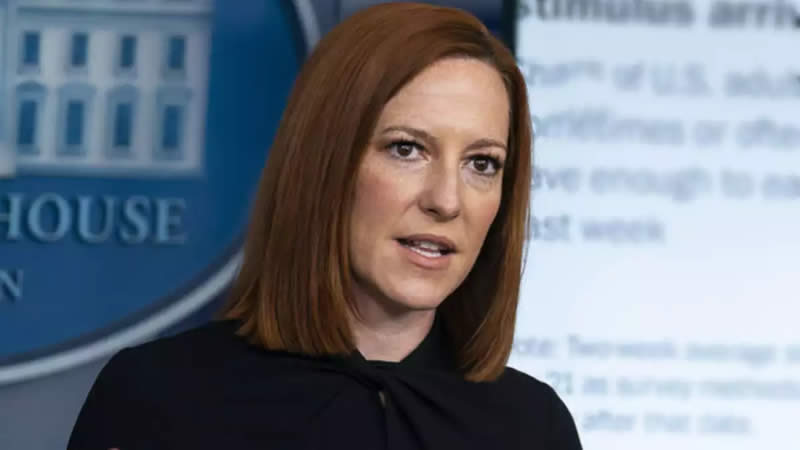 It’s always interesting to see reporters try to one-up White House Press Secretary Jen Psaki as if she hasn’t given them more than enough reasons–quickly coined on Twitter as “Psaki Bombs”–not to try with her.

Psaki, recently hailed “the best Press Secretary in American history” by Fox News’s Chris Wallace, shows the kind of patience usually reserved for kindergarten teachers or anyone who has taught their grandparents how to use the internet. It’s usually conservative male members of the press who try to trip her up, but Psaki, like House Speaker Nancy Pelosi, stomps all over them no matter which shoes she’s wearing that day.

While Psaki has famously and repeatedly shut down Peter Doocy, most people believe he does so as a form of self-flagellation at this point, Owen Jensen of the Eternal World Television Network, which is broadcast on Catholic channels, decided to spar with Psaki about President Joe Biden’s upcoming meeting with the Pope. Psaki, who has also had to deal with a Christian reporter with no sense of personal boundaries, waited patiently for Jensen while preparing her next Psaki Bomb.

The President’s meeting with the Pope has stoked some controversy, as the two most popular Catholics in the world agree on the right of women to choose. Devout Catholics have criticized both President Biden and Pope Francis, as shown by Jensen’s pointed questions for Psaki. “The White House has said they will discuss working together on efforts grounded in respect for fundamental human dignity,” Jensen said, referring to the meeting with the Pope. “Will that include the human dignity of the unborn?”

This isn’t the first time Jensen has asked, and Christian conservative reporters are fully aware that President Biden is pro-choice, but they seem to believe that they can not only debate Psaki but that if they keep asking, the President might change his mind on this issue.

Most of us would have rolled our eyes so hard that we could see the insides of our brains. Psaki, on the other hand, handled Jensen like a pro.

Watch for yourself, below.