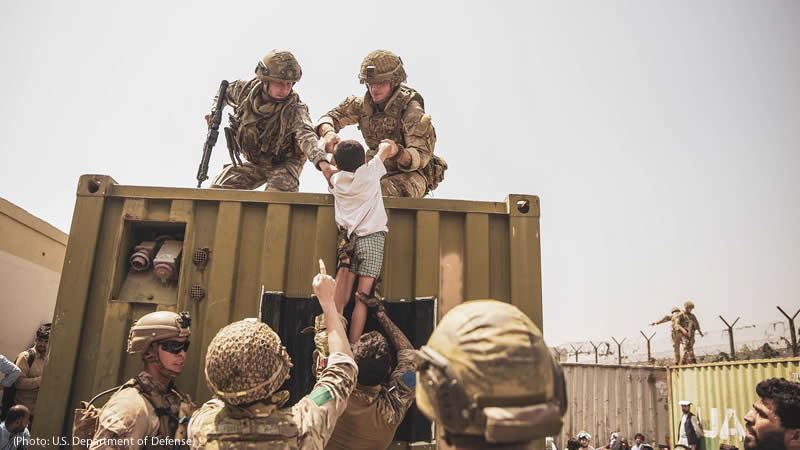 On Tuesday, the Biden administration’s handling of the withdrawal from Afghanistan came under new scrutiny after a news outlet said it obtained leaked notes from the White House Situation Room that revealed “just how unprepared” the administration was to evacuate Afghan nationals who aided Americans during the conflict.

The alleged leaked documents were first reported by Axios, who claimed they revealed how many “crucial actions” the US was planning just as Kabul fell to the Taliban. Emily Horne, a National Security Council spokesperson, downplayed the importance of these documents, telling the website that while she couldn’t comment on these specific items, “cherry-picked notes from one meeting do not reflect the months of work that were already underway.”

The report said the NSC meeting took place on Aug. 14 at about 3:30-4:30 p.m. ET. One of the action items included in the summary of conclusions was the State Department identifying “as many countries as possible to serve as transit points. Transit points need to be able to accommodate U.S. citizens, Afghan nationals, third-country nationals, and other evacuees.”

The question is how Afghanistan could be hours away from being overthrown while these issues remain unresolved. The White House and State Department did not immediately respond to Fox News‘s after-hours emails.

Following the Trump administration’s agreement with the Taliban, Biden announced in April that the last 2,500-3,500 US troops would leave along with NATO’s 7,500 troops. The announcement caused a rapid collapse of Afghanistan’s defense forces.

The Taliban’s advance through the country was swift, with many areas falling without a fight as Afghan troops fled, many of whom had not been paid by the Afghan government in months. In June and July of last year, Afghan warplanes continued to bomb Taliban positions in some areas, but it was insufficient to stem the tide.

Twenty-four hours after the last American C-17 cargo plane took off from Kabul, Biden addressed the nation, vigorously defending his decision to end America’s longest war and withdraw all U.S. troops ahead of an Aug. 31 deadline.

Continue Reading
You may also like...
Related Topics:Biden administration