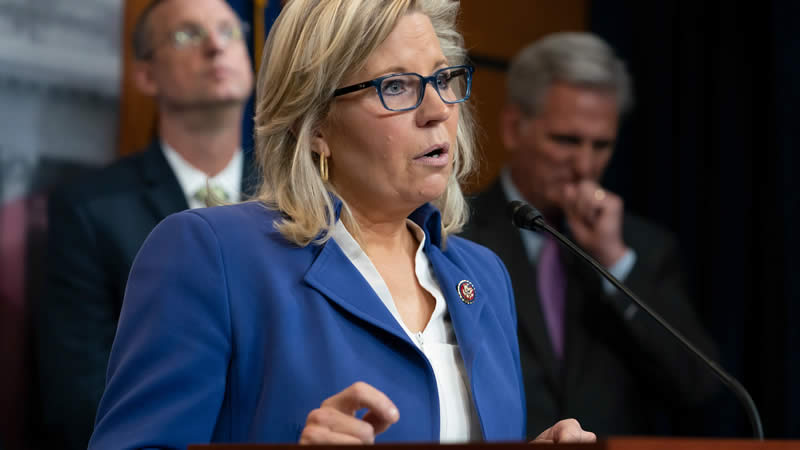 Liz Cheney, the U.S. Representative for Wyoming, sent a strong signal to her Republican colleagues on Tuesday, as the House select committee investigating the January 6 Capitol attack prepared to vote on whether to hold Steve Bannon, a former adviser to President Donald Trump, in criminal contempt for refusing to comply with a subpoena.

“Almost every one of my colleagues knows in your hearts that what happened on January 6th was profoundly wrong,” said Cheney, the vice-chair of the select committee.

“You all know that there is no evidence of widespread election fraud sufficient to overturn the election. You all know that the Dominion voting machines were not corrupted by a foreign power. You know these claims are false. Yet former President Trump repeats them almost daily.”

She urged her colleagues to “consider the fundamental questions of right and wrong here.”

“The American people must know what happened,” she said. “They must know the truth. All of us who are elected officials must do our duty to prevent the dismantling of the rule of law, and to ensure nothing like that dark day in January ever happens again.”

Cheney, one of two Republicans on the committee, was ousted from her leadership position in the GOP earlier this year after becoming increasingly vocal about Trump’s role in inciting the January 6 riot and refusing to admit his electoral fraud lies.

She was one of 10 Republicans who voted to stop Trump from provoking the attack on Congress in January.

Earlier in her speech on Tuesday, Cheney stated that Bannon appeared to have “substantial advanced knowledge” of the 6th January plans and probably played a key role in formulating them.

Bannon has refused to assist the investigation. He refused to comply with a subpoena issued by the committee last month ordering him to provide documents relating to his contacts with the White House around January 6, and he also refused to appear before the committee for a hearing last week.

The committee’s nine members unanimously voted to hold him in contempt of Congress. The criminal referral is scheduled to be voted on by the full House on Friday. If it is approved in the Senate, it will be referred to the Justice Department.

Trump to be Deposed in a Lawsuit Filed by Protestors Claiming Assault by his Security Guards
CNN’s journalist, John King announces he’s been battling MS for years live on air