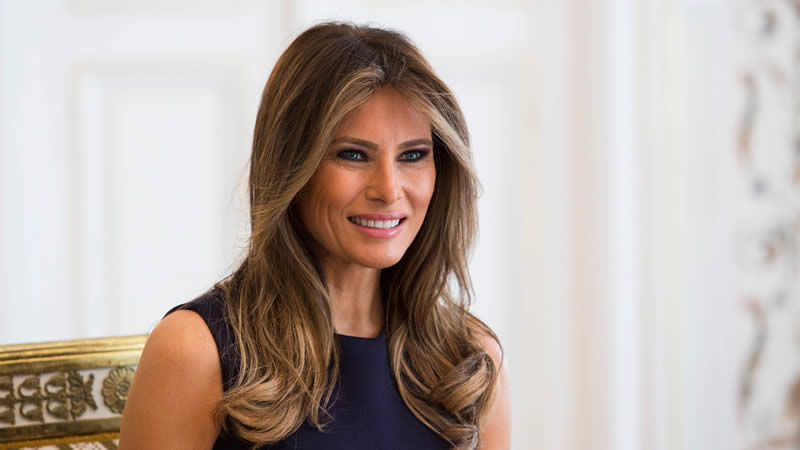 According to Grisham’s forthcoming book, “I’ll Take Your Questions Now,” First Lady Melania Trump was reportedly keeping track of everything written about her, so much so that she had Google alerts set up.

“Melania Trump was a fan of reading every little thing written about her, with consistency and frequency. “Like her husband and all of his kids, Mrs. Trump scrutinized her press clippings like an expert architect focusing on blueprints,” writes Grisham, “No detail was overlooked, nothing missed her eye. She had Google alerts set up for herself and saw everything.”

“As her spokeswoman, Grisham was on the receiving end of multiple texts per day from the first lady, many regarding how to respond — or not respond, more accurately — to a global news media obsessed with understanding the mysterious and elusive first lady,” the outlet reports.

According to CNN’s Kate Bennett, that is not difficult to believe, considering that Melania Trump’s attorney sent letters to numerous publications in 2017. Now, I’m not suggesting I was one of the writers who received that letter (cough cough), but they were distributed to a large number of people. Because bloggers and journalists were unable to defend themselves against the Trump machine, the stories were eventually dropped.

Despite the fact that one man persisted, Melania won in court. The case was for $150 million against Webster Tarpley, who reported on rumors that I won’t get into here because I don’t want to be sued. Tarpley agreed to pay a “substantial sum” and apologized to Melania Trump and her family.

The point is that after remembering her struggle against political writers, Grisham’s account rings realistic. If Melania didn’t want bad stories about her to circulate, she could have avoided wearing a jacket that reads, “I really don’t care, do u?” to McAllen, one of the epicenters of the family separation problem. Just an idea.