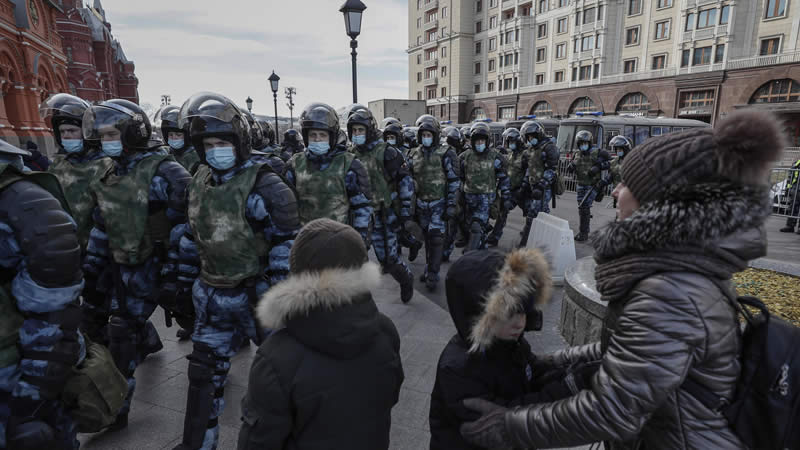 A whistleblower described the war as a “total failure” that could only be compared to Nazi Germany’s demise.

According to the whistleblower, spies in Russia’s security apparatus were also unaware of Vladimir Putin’s plan to invade Ukraine.

According to The Times, a report believed to have been written by an FSB analyst stated that 10,000 Russian soldiers were killed in Ukraine, despite the Russian defense ministry admitting only 498 deaths.

According to the report, the FSB – the successor to the Soviet-era KGB – was also censured for the invasion’s failure.

The whistleblower went on to say that no one knew the true number of deaths in government because “we have lost contact with major divisions.”

They said FSB officials were asked to measure the impact of Western sanctions.

They were, however, informed that it was a box-ticking task.

“You have to write the analysis in a way that makes Russia the victor . . . otherwise you get questioned for not doing good work,” they wrote.

“Suddenly it happens and everything comes down to your completely groundless analysis.

“[We are] acting intuitively, on emotion . . . our stakes will have to be raised ever higher with the hope that suddenly something might come through for us.

“By and large, though, Russia has no way out. There are no options for a possible victory, only defeat.”

According to the letter, Ramzan Kadyrov, the leader of the Chechen Republic, could turn against Putin and order his forces to fight against Russia after his “hit squad,” which was ordered to kill President Zelenskyy, was destroyed by Ukrainian forces.

According to the report, even if Zelenskyy were killed, Russia would have no chance of conquering Ukraine.

“Even with minimum resistance from the Ukrainians we’d need over 500,000 people, not including supply and logistics workers,” it added.

According to Ukraine’s General Staff, Russian forces have opened fire on the city of Mykolaiv, which is located 480 kilometers south of the capital of Kyiv. Rescuers said they were putting out fires caused by rocket attacks in residential areas.

Shelling also continued in Kyiv’s suburbs, including Irpin, which has been without electricity, water, or heating for three days.

“Russia continues to carry out the rocket, bomb, and artillery strikes on the cities and settlements of Ukraine,” the General Staff said. “The invaders continue to use the airfield network of Belarus to carry out airstrikes on Ukraine.”

According to the General Staff, the Russians have also targeted humanitarian corridors, kidnapped women and children, and buried weapons in city residential areas.

A Russian task force announced a ceasefire for civilians from Kyiv, the southern port city of Mariupol, Kharkiv, Ukraine’s second-largest city, and Sumy on the 12th day of the war.

This article originally appeared on GBNews and has been updated.