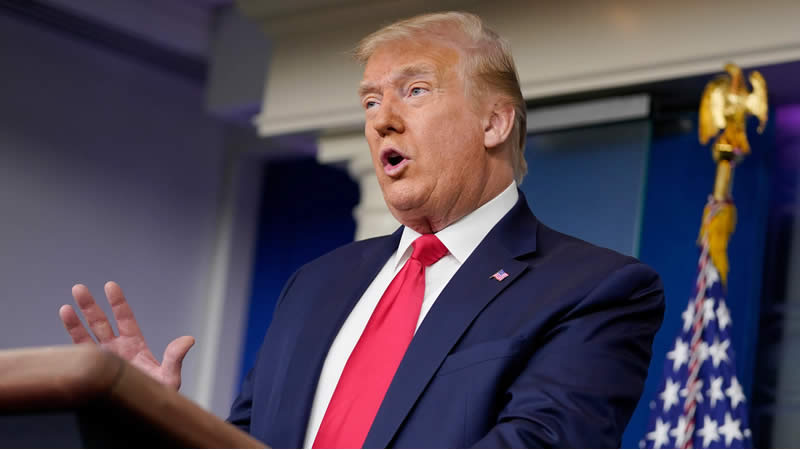 Former President Donald Trump echoed typical fear-mongering rhetoric about immigration on Fox News on Thursday, warning against accepting Haitian asylum-seekers because “many of those people will probably have AIDS.” Trump said that allowing Haitians into the US is “like a death wish for our country.”

He was most likely referring to the thousands of Haitian refugees and migrants who have sought asylum at the US-Mexico border in Del Rio, Texas. Many of them fled Haiti following two devastating earthquakes and the assassination of Haitian President Jovenel Mossé in July.

During an appearance on Fox News, Trump stated that Haitians trying to enter the United States are infected with AIDS.

Contrary to his statements, the prevalence of HIV among Haitian people aged 15 to 49 is roughly 1.9%, according to UN figures. While this is higher than the global rate of 0.7%, statistics show that Haiti’s HIV prevalence has decreased dramatically in recent decades.

Haitians were demonised in the 1980s as a high-risk population for AIDS who carried the disease to the United States, a false concept that wiped out Haiti’s tourism economy and promoted racism.

Trump has previously made similar claims. According to The New York Times, he reportedly stated during a White House meeting in 2017 that 15,000 Haitian immigrants who were granted US visas “all have AIDS.” The White House denied that he made those statements.

According to The Washington Post, Trump allegedly referred to Haiti and African nations as “shithole countries” during an Oval Office meeting with senators in 2018. This time, the White House didn’t deny that he made the remarks, and Trump later tweeted that he used “tough” language at the meeting.