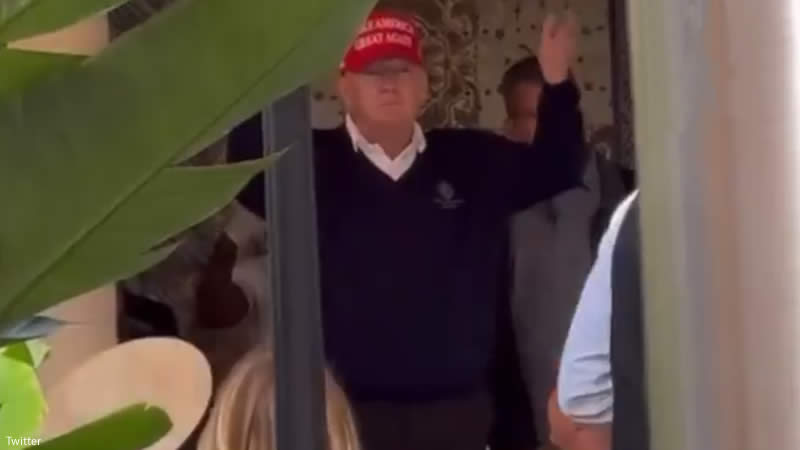 The former president seemed to need some adulation at Mar-a-Lago.

Donald Trump might have had his own “please clap” moment.

A new video posted on Twitter by PatriotTakes, a website that monitors right-wing media, shows Trump at his Mar-a-Lago resort standing at his table, gesturing to those nearby to applaud for him.

They did, and he gave them a thumbs-up:

It’s not clear when the video was taken, but it’s nearly identical to a Jeb Bush moment from the 2016 campaign trail, in which he uttered what he thought would be an applause line, only to be greeted with silence.
“Please clap,” he said.