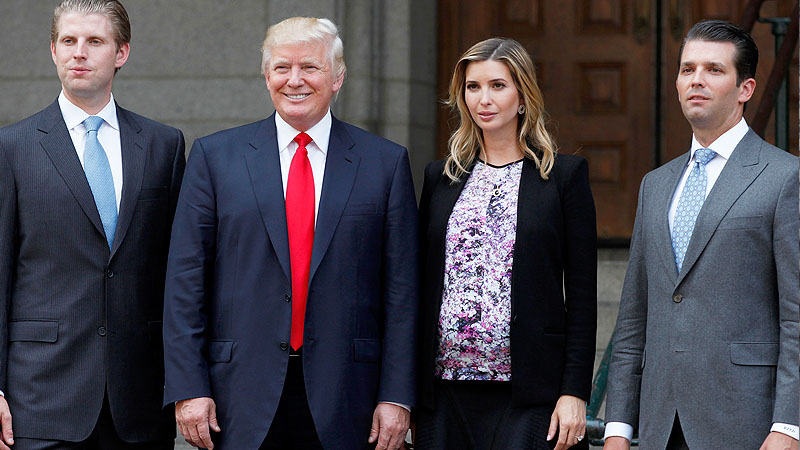 Donald Trump’s connection with his children is strange, to say the least, and each of them is odd in its own way. The toys that Trump used to buy Barron when he was a kid, reveals a lot about their relationship.

He appears to be unable to decide whether he loves Donald Trump Jr. or not, leading his eldest son and namesake on a fruitless quest for approval from his father that he will never achieve. Eric appears to be nothing more than daddy’s little grifter pawn, that awkward middle child who never gets any attention from anyone but must continue to do his father’s bidding lest he loses his trust fund or be written out of the will.

Trump appears to just ignore the existence of his youngest daughter Tiffany, and God knows the dynamic between Donald and his princess Ivanka is one that not even the best team of psychoanalysts could begin to break or much less desire to.

Barron Trump, the youngest of the Trump children and the only one he shares with his third and current wife Melania, has always been a difficult nut to crack. Despite Donald’s and his other children’s prominence in the press these days, you don’t see or hear much about Barron.

We’ve always assumed this was because Melania is adamant about keeping her only child out of the spotlight when it comes to her husband’s problems. And that could very well be a factor. However, as we’ve witnessed firsthand Trump’s behavior toward his youngest child over the years, we’ve begun to question whether there was something strange going on in Donald and Barron’s connection.

According to this discovery from a former inside source, the latter may be more accurate than what we realized.

According to Poli News, Noel Casler, a former employee on Trump’s reality TV show and an insider to the Trump family in general tweeted about the toys Donald allegedly gave to Barron when he was a kid, as well as how he allegedly encouraged him to play with them. And, just to be clear, if this tweet is accurate… It clarifies a whole lot.