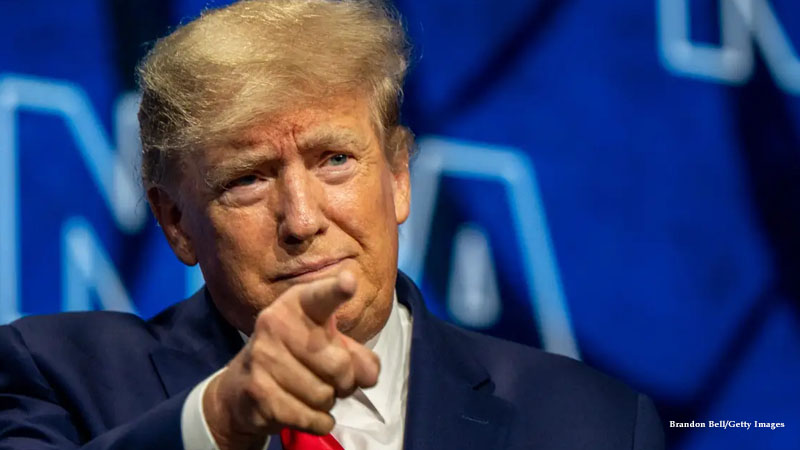 Rumors are swirling that the ex-president could make an announcement soon, as January 6 revelations continue

There are rumors circulating in the US media that Donald Trump may announce his bid for president in 2024 as early as this summer in response to increasingly damaging information from a congressional inquiry into his involvement in the January 6 attack on the Capitol.

Regardless of the likelihood that Trump will be elected to a second term, a different presidential campaign that is being considered, as revealed by the New York Times, CBS, and other US media, could provide the former president with a long-term shield from the scrutiny of investigators.

The findings follow committee hearings investigating the Capitol riot on January 6, 2021, which may result in the congressional panel itself recommending that Trump be charged with a crime for his role in attempting to obstruct Joe Biden’s presidential win. Or, the justice department might charge Trump after conducting its own investigation into the fraud, as per the Guardian.

Cassidy Hutchinson, a former assistant to Trump’s chief of staff Mark Meadows, said to the panel last week that Trump was aware that his followers were armed when he urged them to march on the Capitol. Her claims reinforced a potential criminal case.

On June 23, Adam Kinzinger and Bennie Thompson attend a hearing of the January 6 committee in Washington, DC.

But most analysts agree that if Trump were to seek a second term in office, it would at the very least make any choice to prosecute him more difficult. Additionally, it would probably increase his support within the Republican party, which has started to wane a little since the revelations on January 6.

The ascent of Florida Governor Ron DeSantis, who has recently emerged as a real potential rival to Trump with the promise of pursuing the same right-wing agenda but with more conventional political abilities and style, might also be halted.

On Saturday, a former House Republican told MSNBC, an aide predicted that Trump would soon make his choice public.

“Well, we all know from past experience that Donald Trump doesn’t care about anybody else but Donald Trump,” said Kurt Bardella. “So it doesn’t surprise me that when faced with the criticism that’s been mounting right now, following the January 6 hearings, he’s thinking about pulling the trigger.”

“The advantages of declaring now are that potential rivals could be dissuaded from running against him,” said Carl Tobias, Williams chair in law at the University of Richmond. “Meanwhile, the pressure will build for the January 6 committee to move quickly to find as much damning information as it can and refer it over to the attorney general.”

According to Carly Cooperman of Schoen Cooperman Research, Trump might be trying to shift the story because of how the January 6 hearings portrayed him. Cooperman also issued warnings, stating that the reports might simply be that and that certain Republican officials might try to block the speculation.

Trump’s adversary within the Republican Party, Congresswoman Liz Cheney, claimed to ABC’s Jonathan Karl on Sunday that the party would not be able to survive if Trump were to win the nomination in 2024. Cheney said, “We have a responsibility to attempt to lead the party back to what it can be. Those of us who believe in Republican principles and ideals have a responsibility.”

According to reports, Trump has told advisers that announcing his candidacy for president at this time will help him make the case that other criminal investigations into him in Georgia and New York are politically motivated.

The timing of the announcement or Trump’s planned run are still up in the air, according to a Sunday CBS story. Similar to earlier media reports, sources close to Trump asked for anonymity.

The presidential cycle has been extending longer and now starts as early as two years before the general election. Normally, a presidential contender waits until after the midterm elections in November. A declaration now might change the midterm plans of both parties.

Last week, Trump told Newsmax that “a lot” of the committee hearings were aimed at keeping him from running for president in 2024.

“At the right time, I will be saying what I want to do,” Trump added. But in comments to the New Yorker last month, Trump said he was “very close to making a decision” about whether to run.