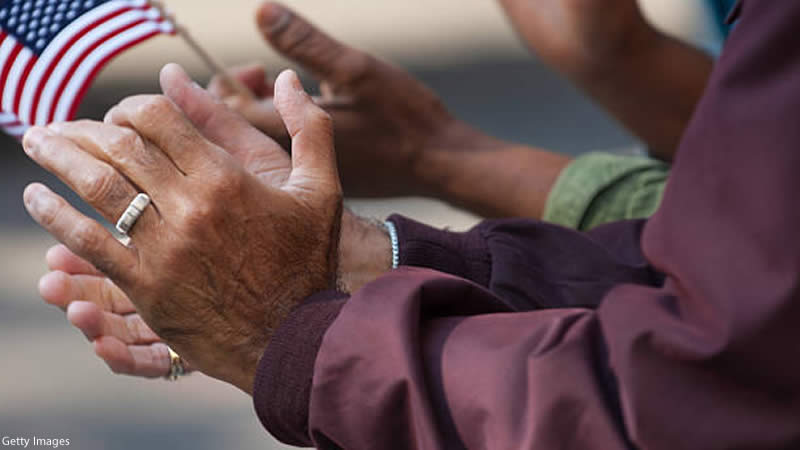 According to a new poll, 75% of Black Americans are concerned that they or a loved one will be physically attacked as a result of their race.

The Washington Post-Ipsos poll, which polled 806 Black adults between May 18 and May 20, found that 32 percent of Black Americans are “very worried” about racially motivated physical attacks, while 43 percent are “somewhat worried.” Meanwhile, according to The Hill, only 8% of respondents said they are “not at all worried.”

The poll findings come a week after a mass shooting in a Buffalo, New York, grocery store that saw 10 Black people fatally shot.

According to authorities, the shooting was investigated as a hate crime in which the suspect, Payton Gendron, a white 18-year-old, targeted a predominantly Black neighborhood.

After the shooting, Gendron was arrested and charged with murder. Following the fatal incident, an anti-immigrant and white supremacist manifesto believed to have been written by the teen surfaced online.

The shooting, according to Gendron’s manifesto, was motivated by a racist ideology known as the “Great Replacement” theory, which claims that white Americans are at risk of being replaced by people of color.

According to a new poll, Black Americans see last Saturday’s mass shooting as a reflection of the country’s broader issue of racism, with 53% believing that racism in the US will worsen over their lifetimes. Only 10% believe the situation will improve.

Respondents also identified some factors that contribute to hate crimes across the country, with 63 percent claiming that gun access makes a “great deal” of the problem. Meanwhile, 57% of respondents said hate crimes are caused by “personal family and upbringing,” and 52% said social media is a factor.

As per The Hill, the Post/Ipsos poll also found that respondents named other factors contributing to hate crimes, including the lack of teaching tolerance in schools, mental health issues, lack of personal connections to Black people, or cable news, and “blaming Black people for their problems.”

Following the mass shooting, the group March for Our Lives slammed the country’s leaders for failing to take preventative measures, claiming that “our country should have done everything in its power long before today to prevent guns from getting into the wrong hands. Instead, US gun worship empowers this white supremacist violence.”