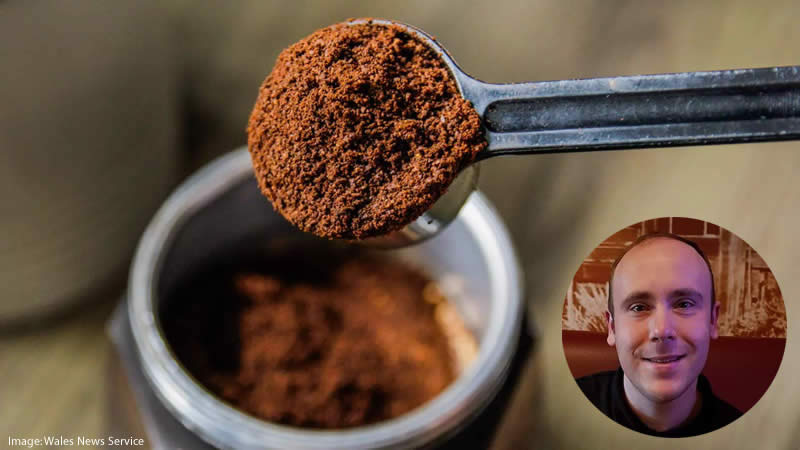 An inquest heard that a personal trainer died of an overdose after accidentally ingesting a powder having caffeine levels equivalent to up to 200 cups of coffee.

Caffeine powder, which is usually used by gymgoers to improve performance, was recommended in doses varying from 60 to 300mg (0.002 and 0.01 oz).

However, Mansfield’s digital scale had a starting weight of 2g (0.07 oz) and did not provide a measuring scoop, according to Yahoo News.

According to Yahoo! News, the father-of-two from Colwyn Bay, Wales, miscalculated his measurement and scooped up to 5g (0.2 oz) of the powder.

Coroner John Gittins stated that Manfield was aiming for the “mid-range of the recommended dose,” but “he got his maths wrong,”..

According to the media outlet, Mansfield took a sip of the mixture before downing the rest of the drink on January 5, 2021.

According to BBC, he started clutching his chest and complaining that his heart was racing. According to the media outlet, he started foaming at the mouth minutes later.

Paramedics arrived at his home and tried to resuscitate him for 45 minutes before declaring him dead at a hospital.

According to ITV, a post-mortem examination revealed that Mansfield had caffeine levels of 392mg per liter of blood. A typical cup of coffee contains 2 to 4 mg per liter, stating that he consumed the equivalent of up to 200 cups.

Caffeine toxicity was listed as the cause of death.

According to Live Science, the coroner stated that if Mansfield had been given a scoop, he would most likely be alive today. According to the media outlet, Gittins was “massively reassured” that Blackburn Distributions now includes a
scoop with this brand of caffeine powder.