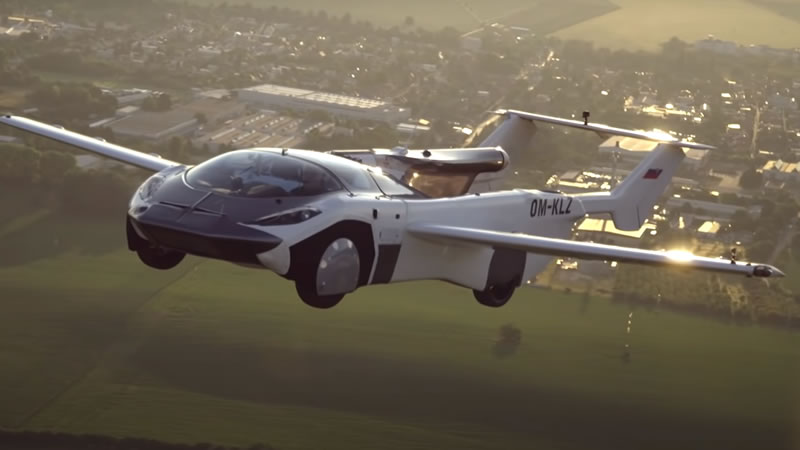 After 70 hours of rigorous testing, the Slovak Transport Authority recently awarded the AirCar an official Certificate of Airworthiness.

According to a statement released, the hybrid vehicle—part aircraft, part car—completed more than 200 takeoffs and landings that were all in accordance with European Aviation Safety Agency standards.

During the tough test flights, the aircraft showed tremendous stability, according to Klein Vision. It could even take off and land without the pilot having to touch the controls. In other words, it was a huge success.
Klein Vision

To summarise, professor Stefan Klein and his eponymous firm have been working on the AirCar for over 30 years and have delivered a number of different prototypes to date.

The Prototype 1 AirCar, which achieved the critical certification milestone, is powered by a 1.6-liter BMW engine with 160 hp and a fixed-propeller that provides a little more grunt. It is said to be capable of flying up to 8,200 feet at a top speed of 118 miles per hour.

Furthermore, the two-seater can transform from a sports car to an aircraft in just two minutes and 15 seconds. Klein demonstrated this last June when he flew Prototype 1 for 35 minutes between the airports of Nitra and Bratislava in Slovakia. After safely landing, the professor pressed a button to retract the wings and drove the car into the city center. According to the company, this has cut typical travel time in half. It’s worth noting that you’ll need a pilot’s license for this thing.

“AirCar certification opens the door for mass production of very efficient flying cars,” Klein said in a statement. “It is official and the final confirmation of our ability to change mid-distance travel forever.”

Klein Visions expects that the first AirCar will be commercially available within a year. It also has a more powerful version in the projects, with a top speed of 186 mph and a range of 621 miles. That model is expected to be certified within the next 12 months.

The year 2023 appears to be a turning point for flying cars.