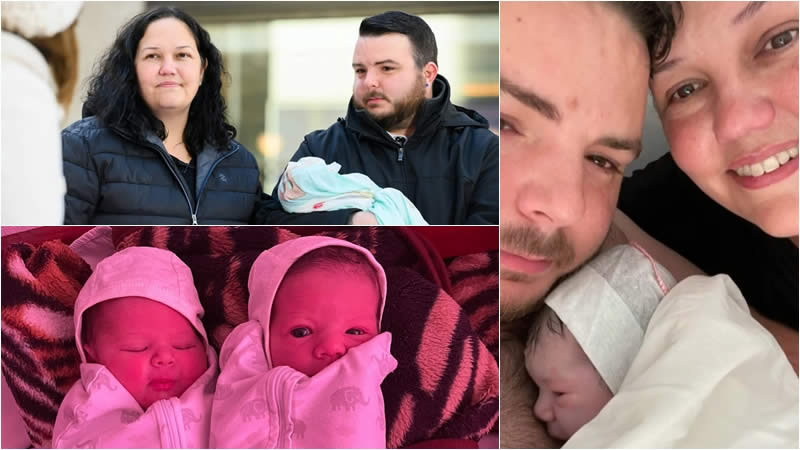 After a long journey to Ukraine, an American couple can finally breathe a sigh of relief.

Michael and Ami Kowalski had traveled to Ukraine to have a surrogate kid because it is much less expensive than in the United States. On February 25, 2015, the surrogate gave birth to her baby just hours after the war began.

“She actually went into labor in a bomb shelter, you know we were downstairs taking cover and then she delivered in a regular hospital room,” Ami was featured in Inside Edition.

Charlotte was born on the 26th of February, 2006. The Kowalskis began their trek out of Ukraine when Charlotte was just five hours old, taking not only Charlotte but also a four-day-old baby girl from another American couple who couldn’t make it to Ukraine in time.

“We had two babies. We were trying to take care of them, while all this chaos was going on. It took a village for sure,” Ami said.

Because Ami and Michael were unable to obtain cash from ATMs, they were forced to rely on strangers for assistance in crossing into Slovakia.

“Throughout the midst of war and trying to save themselves, they were there for us. They brought us clothes, they brought us food, they made sure we were warm, made sure every step of the way that the babies were safe,” Michael said.

As per Inside Edition, baby Charlotte was reunited with her big sister Samantha on American soil.

The most difficult part, according to Ami, was leaving behind those who had aided others. The couple created a GoFundMe account to help those who assisted them in their escape from Ukraine.

How to Encourage your Children to follow their Interests without being Pushy
Broadway Singing Coach in Critical Condition after NYC Sidewalk Attack, New York Police Department Looking For Suspect