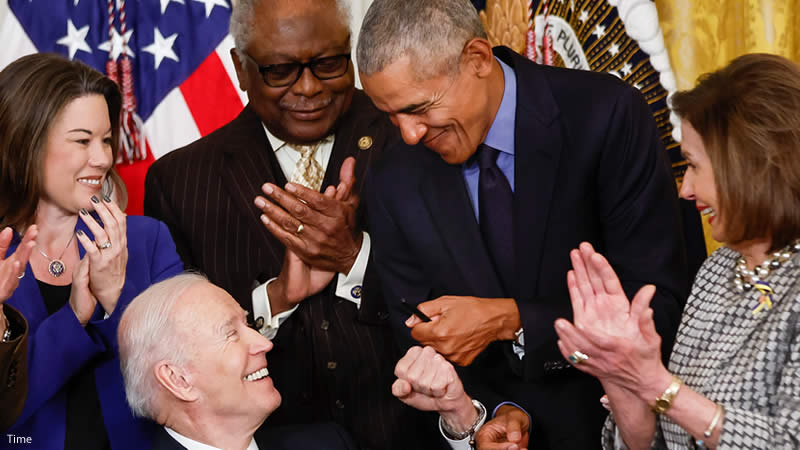 According to a rule proposed by the Biden administration on Tuesday, more families will be eligible for Affordable Care Act subsidies next year.

The proposed rule aims to fix the “family glitch,” a long-standing issue with Obamacare’s regulations governing the affordability of workplace coverage.

Workers who do not have “affordable” health insurance alternatives via their employer may be eligible for subsidized coverage on the Obamacare exchanges under the health reform law. A work-based policy is termed “affordable” if single coverage costs the employee less than 10% of his or her annual salary.

However, even if adding family members to a policy raises the cost above the threshold, the law does not account for the rise in premiums. Workers and their families are not eligible for financial aid to buy Affordable Care Act coverage in these circumstances.

According to the Kaiser Family Foundation, the average yearly premium for a single worker was a little over $7,700 in 2021, but over $22,000 for a family.

According to Kaiser, the family issue affects 5.1 million Americans, the bulk of whom are children.

Family members of workers who are offered affordable single coverage but unaffordable family policies would be eligible for Obamacare exchange subsidies under the proposed rule.

According to the White House, an estimated 200,000 uninsured Americans would obtain coverage, and almost 1 million people would have their premiums reduced. Hundreds of dollars each month might be saved by many households.

The rule would take effect in January 2023 if it were to be finalized.

The White House would not comment on the cost of fixing the family problem, although the Congressional Budget Office previously estimated it to be $45 billion over 10 years.

Biden and Obama are likely to highlight this year’s rise in interest in Affordable Care Act policies. During open enrollment for 2022 coverage, a record 14.5 million people joined up, aided in part by increased federal subsidies.

The Democrats’ $1.9 trillion coronavirus relief package, passed in March 2021, temporarily increased the size of the subsidies and made them available to more middle-class Americans. It also allows low-income Americans to enroll in Obamacare coverage on the federal exchange with no premiums outside of the open enrollment period.

Biden is set to sign an executive order on Tuesday instructing federal agencies to do everything necessary to expand affordable, high-quality health coverage, including making it easy for people to understand their options and enroll in and maintain their policies.

However, the historic gains in the Affordable Care Act and Medicaid coverage could be temporary.

The higher subsidies will not be available for 2023 policies on the Affordable Care Act exchanges unless Congress acts. Last year, Democrats’ plans to renew the provision as part of their Build Back Better spending package were foiled when Democratic West Virginia Senator Joe Manchin declared he would not support it.

Medicaid enrollment has risen in part because, under a coronavirus relief package agreed by Congress in 2020, states were not allowed to withdraw anyone involuntarily from coverage during the pandemic in exchange for a more generous federal Medicaid match. States, on the other hand, will continue checking citizens’ eligibility once the public health emergency has passed, which might be as early as July.

According to the Urban Institute, if the public health emergency ends after the second quarter of this year, an estimated 14.4 million people will lose Medicaid coverage.