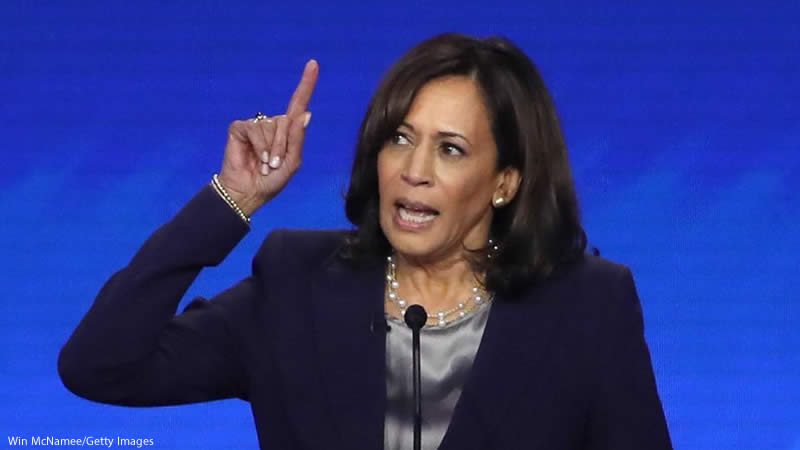 After speaking at the burial for the oldest victim of the Buffalo mass shooting earlier this month, Kamala Harris called for a ban on assault weapons in the United States and the adoption of long-delayed gun control legislation, according to The Guardian.

While speaking with reporters after giving remarks at the funeral for Ruth Whitfield, the oldest person killed in the grocery store massacre two weeks ago, Harris urged lawmakers to adopt an assault weapons ban.

“Everybody’s got to stand up and agree that this should not be happening in our country,” said Harris, noting that Joe Biden would be visiting Uvalde, Texas, on Sunday, the site of Tuesday’s mass shooting where 21 people, including 19 children, were killed.

“We are not sitting around, waiting to figure out what the solution looks like,” said Harris. “We know what works on this. It includes – let’s have an assault weapons ban.”

“An assault weapon is a weapon of war,” Harris added, “with no place in a civil society.”

Harris also called for universal background checks on gun purchases, which Republicans in the US Senate have long resisted.

“Why should anyone be able to buy a weapon that can kill other human beings without at least knowing, ‘Hey, has that person committed a violent crime before? Are they are a threat against themselves or others?,’” she said.

Citing the over 200 mass shootings that have already taken place this year, Harris urged legislators to take action. “Congress needs to act and what I know is that we also have to come together, as one nation, undivided, standing with each other,” she said.