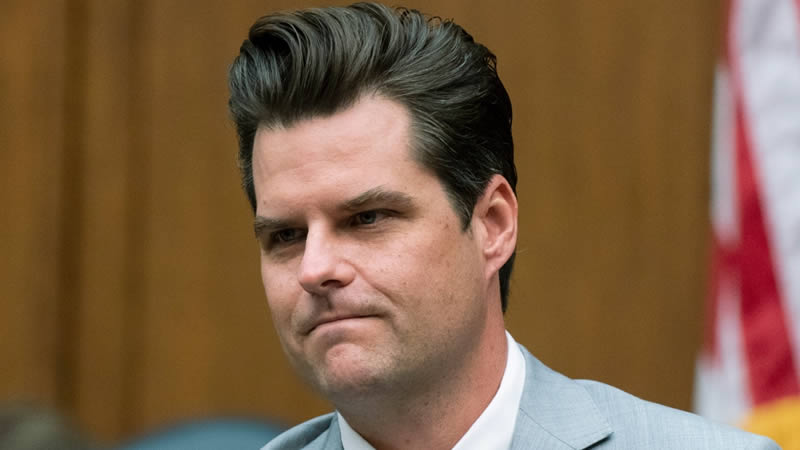 A former Florida tax collector whose arrest led to a federal investigation into U.S. Rep. Matt Gaetz asks a judge to postpone his sentencing scheduled for next month for yet another time as he continues to cooperate with federal prosecutors.

Joel Greenberg’s lawyer asked a federal judge in Orlando, Florida, on Friday to allow him to file a motion seeking a postponement of the sentencing hearing, which is set for March 29. Judge Gregory Presnell of the United States District Court for the District of Columbia previously granted two extensions.

As per Yahoo, Greenberg’s lawyer stated in court papers that his client had been cooperating with federal prosecutors in active investigations in Orlando and Washington.

Attorney Fritz Scheller stated that he planned to write a motion describing the reasons for the extension, but that it would contain “sensitive” information about the investigations and Greenberg’s participation. Because of the sensitive
nature of the information, Scheller said in court filings that the request and any following hearing should be sealed and kept out of the public eye.

Later on Friday, the judge granted the request to seal the motion for a postponement.

After pleading guilty last May to six federal crimes including child sex trafficking, identity theft, stalking, wire fraud, and conspiracy to corrupt a public official, Greenberg faces up to 12 years in prison.

Greenberg’s plea agreement with prosecutors calls for him to continue cooperating with a sex trafficking investigation. His participation could aid a probe against Gaetz, a Republican friend who represents much of Florida’s Panhandle.
Gaetz was accused of paying for sex with a 17-year-old female. He has previously denied the allegations, claiming they were part of an extortion plot.

Leaked documents raise new concerns about Biden administration’s preparations for withdrawal from Afghanistan: Report
Trump illegally ripped up ‘hundreds’ of documents despite warnings, many of which were destroyed in ‘burn bags’