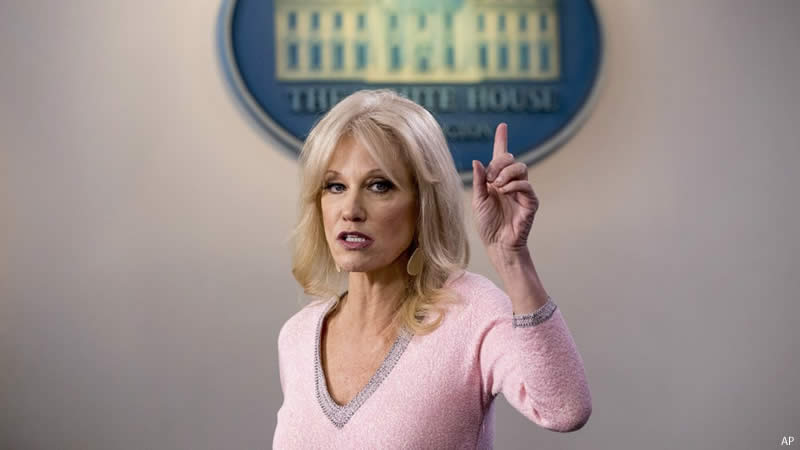 Kellyanne Conway, a former adviser to President Trump, criticized the Jan. 6 committee for failing to “cross-examining witnesses,” calling it “remarkable” that Secret Service agents would be willing to testify under oath in order to dismiss the claim that Trump didn’t lunge at the wheel of a presidential vehicle.

Kellyanne Conway: That’s what they do and they really make folk heroes out of anyone who’s willing to become go from working for Donald Trump, wanting to continue to work for Donald Trump to becoming part of the resistance.

Look, she was under oath today, but I think it’s pretty remarkable that you have Secret Service agents and in this case, the deputy chief of staff for the White House also willing to go under oath just to dispute the firsthand account they were in the vehicle. They can tell us what happened and what didn’t happen.

It’s pretty remarkable that they would do that. I mean, often law enforcement doesn’t really want to get involved, doesn’t like to testify and get involved in anything seen as political. But they were watching what you were watching.

Look, I also think there’s a big mistake in not cross-examining witnesses because this is not a courtroom. This is not, it’s not even really a regular committee proceeding where you would have both sides, even the minority party, be able to put on their own witnesses in effect, ask the questions of the witnesses.

I would have had a lot of questions for her today, and I think it’s important that the president also denied any of this happening. Look, I’ve been in the beast many times. I’ve been in those SUVs countless times.

I would find it very difficult to lunge into the front and be able to do that, particularly in the beast. It’s not developed that way. The president has denied this. He’s denied this publicly.

He’s denied this privately to many people today. And I think that matters.

WATCH THE FULL SEGMENT BELOW: