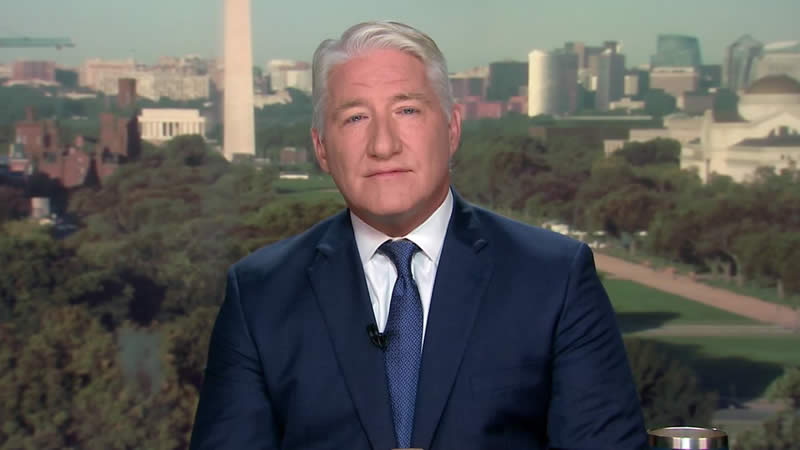 John King, a CNN journalist known for his in-depth election night coverage, revealed for the first time Tuesday that he has been fighting multiple sclerosis. He revealed his diagnosis during a discussion about the fact that the former Secretary of State, Colin Powell, had died from complications due to COVID and the importance of Covid-19 vaccines to high-risk groups.

During a discussion on the show Inside Politics, the 58-year-old, who became well-known to Irish viewers during the Presidential election, made his bombshell announcement.

‘I’m going to share a secret I have never spoken to before. I am immunocompromised, I have multiple sclerosis,’ King said.

‘I am grateful my employer says all of these amazing people who work on the floor, who came in here in the last 18 months when we are doing this, are vaccinated now that we have vaccines. I worry about bringing it home to my 10-year-old son who can’t get a vaccine.

When panel member Margaret Taley, managing editor at Axios, brought up Powell’s weakened immune system as a result of his blood cancer, as well as the fact that he had been put at risk by others who were not vaccinated, King decided to speak up.

King, who identifies as Irish-American and has spoken of his plans to visit here, added during the segment ‘what makes America exceptional is when we all set down our personal preference for the good of the team. The good of the team here is to come together and not spread that.’

King later told Boston Public Radio that he had not intended to go public with his personal health after the show aired.
He said it ‘was not planned. It is a secret I have kept for a long time except for a very few people very close to me in my life.’

King also appeared on ABC’s Good Morning America on Wednesday, where he spoke with George Stephanopoulos about his battle with MS, and Robin Roberts joined them at the end of their six-minute segment.