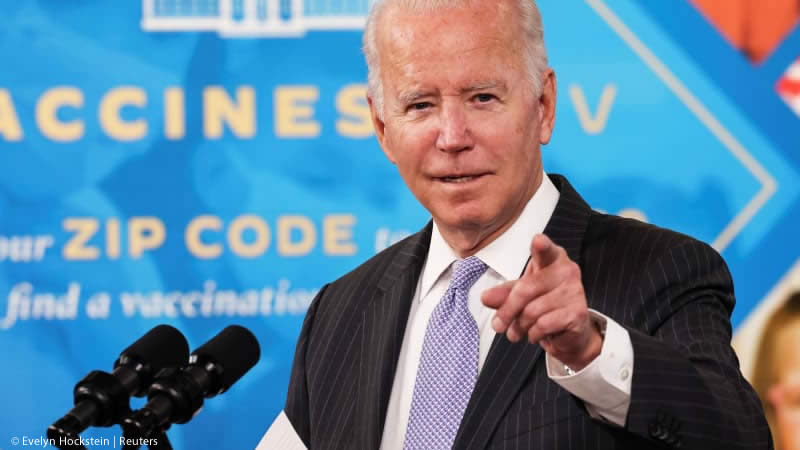 Despite a string of poor polls, current polls show that President Joe Biden is having a particularly difficult time retaining Hispanic voters’ support.

Quinnipiac University polled Hispanic voters this week, and only 26% approved of Biden’s job performance, the lowest approval rating of any demographic.

According to Wayne Dupree, this could be disastrous for Biden and the Democrats in the midterm elections, especially after the Hispanic voting bloc appeared to turn against Biden in places like Texas and Florida while supporting him in key 2020 battlegrounds like Arizona and Georgia.

Biden’s approval ratings may not be directly related to supporting Democratic or Republican candidates in November, but Democrats who dislike the president may not vote in November.

Latinos’ disapproval with the president’s performance may have an impact on the November congressional elections.” That could be interpreted in several ways. According to Pew Research Center’s Mark Hugo Lopez, director of race and ethnicity research, Latinos in different congressional districts may choose to support a non-Democratic candidate, whether Republican or independent.

Another possibility is that Latinos are unmotivated to vote due to a lack of interest in the political process.

A Quinnipiac poll released on Wednesday found that Biden’s approval rating had dropped to 33 percent, the lowest level ever recorded in that poll. Only 26% of Hispanic voters approved of him in the poll.

When polling demographic subgroups such as Hispanics in national polls, language barriers, regional isolation, and improper sample weighting can all distort results.

Biden’s poll numbers, on the other hand, have continued to fall. According to a March 30 university poll, 36% of those polled approved of Biden’s job performance, with 32% of Hispanics stating the same.

On a podcast this week, John Anzalone, a pollster for Biden, said, “I believe there’s this perception in DC among Democrats that you just talk to Latinos about immigration.” The 12th problem they’re concerned about is immigration.”

What’s this? All of us are worried about the same things. Nothing ever seems to be about anything other than money or inflation or healthcare or education.”

According to a March 30th survey, 31% of Hispanic respondents thought inflation was the most pressing issue confronting the country.

The study’s Hispanic respondents ranked the Russian invasion of Ukraine and immigration as their top two concerns, with each receiving 12% of the vote.

Despite his low overall popularity, Biden isn’t on the ballot, which means Democrats can’t use him as a surefire campaign tool.

According to Lopez, surveys conducted prior to 2018 show that there hasn’t been a significant shift in Hispanic party allegiance, as some Republicans have claimed.

However, getting Hispanic voters to the polls has always been difficult, and a combination of disinterested voters and new, more restrictive municipal voting restrictions could undo recent gains.

If Joe Biden’s approval ratings remain low, Democrat Latinos may not turn out as much as predicted. “Perhaps folks like Republican Latinos really want to get out there and vote,” Lopez speculated.

Latinos used to have disproportionate influence in a small number of districts, such as the Democratic strongholds of downtown Los Angeles and New York City, but the Hispanic voting bloc’s landscape has shifted dramatically over the last decade.

As a result, Latino voters now constitute a sizable portion of the electorate in many contested congressional districts across the country, as well as tipping the scales in states such as Arizona, Georgia, North Carolina, and Wisconsin.

Redistricting experts are paying attention to the newly competitive 2nd Congressional District in New Mexico, as well as newly established districts in Oregon and Colorado.

Hispanic voter blocs are growing in competitive districts, so candidates must engage with them early and often if they want to stay in the race.

This cycle has seen a higher number of early investments than previous midterm cycles.

” Absolutely. We haven’t seen as much money invested in reaching out to Latinos or Latino voters in the past. What is the limit? What are your thoughts? No. Clearly, we need more. “We need a lot more,” Democratic strategist Kristian Ramos, founder of Autonomy Strategies, said.

A significant drop in Latino participation could be devastating to the Democratic Party in districts across the country, but Democrats remain skeptical of Republican claims of a party affiliation shift.

“We need to deliver a compelling message to Latino voters.” As he went on, “We basically have this summer to tell that story”.

Recent polls, however, indicate that the growing Latino electorate is aware of national issues and, as is customary, is especially attentive to those discussed at the dinner table.

Polling trends, however, are only one data point in an evolving electorate that has grown and dispersed across the country at the same time, according to experts.

As for 2022, “I do believe that the tale remains to be seen, and these national numbers are good, but they may not tell the complete picture,” Lopez added.