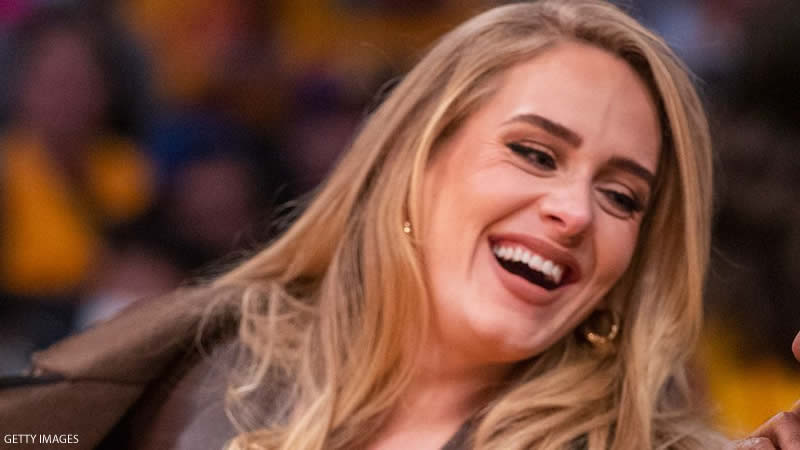 Rumors have it that Adele and her boyfriend, Rich Paul, are having a falling out, and the singer is having none of it.

Despite recent speculation that the two had hit a snag in their months-long romance—amid rumors that she had to cancel her performance at the BRIT Awards next week—the 33-year-old Grammy winner set the record straight in a cheeky Instagram post.

“Hiya, so I’m really happy to say that I am performing at the Brits next week,” she captioned a candid photo of herself laughing on Feb. 1. “Anddddd I’ll also be popping in to see Graham [Norton] for a chat on the couch while I’m in town too! I’m looking forward to it! Oh, and Rich sends his love.”

As expected, Adele’s latest not-so-subtle message has fans rolling in the deep parts of their happiness for the singer. One fan wrote, “Tell ‘em Adele!” With another commenting, “STOP I’M SO HAPPY RN [right now].” A third follower added, “YASSS QUEEN.”

Adele Through The Years

The latest confirmation of her return to the stage comes just weeks after she announced that her anticipated Las Vegas residency had to be postponed.

“Listen, I’m so sorry but my show ain’t ready,” she explained in a video on Jan. 20, one day before the concert series was set to begin. “We’ve tried absolutely everything that we can to pull it together in time and for it to be good enough for you, but we’ve been absolutely destroyed by delivery delays and COVID.”

Adele also told her fans that she was “so upset” and “really embarrassed,” while explaining that half of her team has COVID-19. “It’s been impossible to finish the show,” she said tearfully. “I’m gutted and I’m sorry it’s so last minute. We’ve been awake for over 30 hours now trying to figure it out and we’ve run out of time.”

But, as Adele herself stated, the show must go on, beginning with the BRIT Awards on February 8. And we already have one special fan who is ready to be by her side, sending his love, of course.