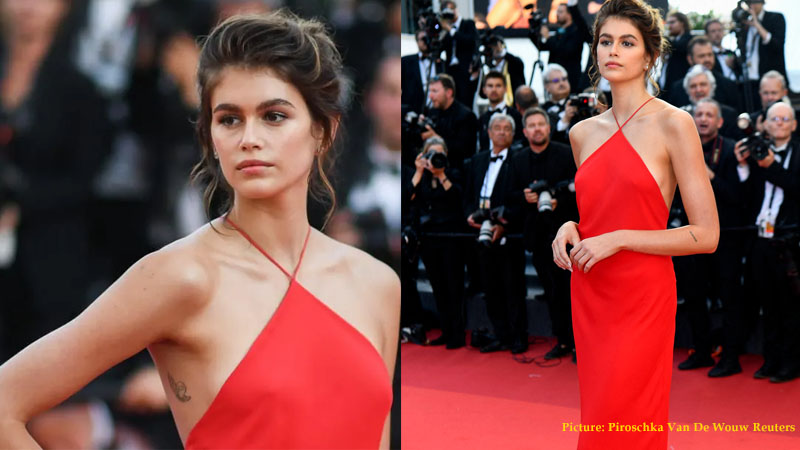 Kaia Gerber desired an “understated” and “comfortable” look for the ‘Elvis premiere.

The Vogue cover star, who was photographed kissing the film’s leading man Austin Butler, 30, on the red carpet at the Cannes Film Festival, wanted to be “very classic” in her red Celine slip dress for Baz Luhrmann’s new biopic of music legend Elvis Presley.

After being asked “What’s on the mood board for tonight’s look”, the 20-year-old model told Interview magazine: “We just wanted it to feel very classic, like an American girl in France. It’s understated, comfortable.”

While discussing the “beautiful” gown, Kaia praised the talents of French fashion houses’ artistic director Hedi Slimane, saying she “really trusts them” to channel the simple look she wished., according to MSN.

She said: “It’s a beautiful red dress that fits just perfectly. I think minimalism is the hardest thing to do because it has to fit so perfectly but I think that’s what Hedi is best at. I really trust them and they’re always open to ideas as well, we’re doing something different than I’ve ever worn which is so exciting.”

The Omega model, the daughter of supermodel Cindy Crawford and Rande Gerber, explained that she wanted to toss her hair up to show off “the wonderful work they did on the dress.”

Kaia said: This dress has a beautiful neckline so we wanted to put my hair up so everyone can see the wonderful work that they did on the dress, and then it’s just a sun-kissed, natural look, almost like I came straight from the pool to the premiere. Although there’s obviously a lot more effort that goes into that. [Laughs] But we wanted it to appear light.

The ‘American Horror Story’ star highlighted the importance of listening to music while getting ready in order to “keep the energy up.”

Kaia said: “I am a music person, especially when I get off a 12-hour flight, I need it to keep the energy up. It’s always a stressful thing to try on a dress on the day you’re supposed to wear it, but they never seem stressed out about it. [Laughs] That just made me feel a bit better. Everyone was just like, yup, we can do it.”