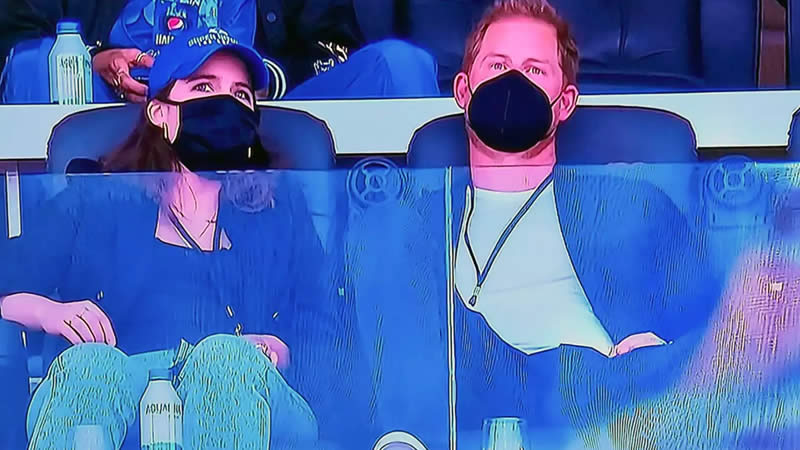 The Duke of Sussex was spotted in the crowd with his cousin Eugenie. Prince Harry is enjoying Super Bowl Sunday to the fullest!

The Duke of Sussex, along with his first cousin Princess Eugenie, attended the big game in Inglewood, California.

Harry, who moved to California with his wife Meghan Markle in 2020, has always been a sports fan, but this will be his first Super Bowl appearance. (There’s no news on whether he supports the Los Angeles Rams or the Cincinnati Bengals, although Meghan is a Los Angeles native.)

As per People, Eugenie traveled to California from Windsor, England, with her husband Jack Brooksbank and their 1-year-old son August. The princess recently shared a touching Instagram message on her son’s first birthday, revealing his nickname.

Harry, 37, and Eugenie, 31, have been friends for a long time. Eugenie addressed a heartfelt message to Meghan and Harry after the birth of their daughter, Lilibet, in June.

“Congratulations dear cousins.. we couldn’t be happier for you all,” Eugenie captioned a black-and-white photo of the couple on her Instagram Story.

Meghan, 40, revealed to Oprah Winfrey in March that she knew Eugenie prior to dating Harry.

“Eugenie and I had known each other before I had known Harry, so that was comfortable,” Meghan said. “We’re friends with them as a couple.”

Just after Eugenie and Jack’s son August has arrived, Meghan and Harry revealed they were expecting Lili.

“These times tend to bring families together,” a royal insider told PEOPLE at the time. “What is lovely is Eugenie having her baby as Harry and Meghan are having theirs. They are very close.”