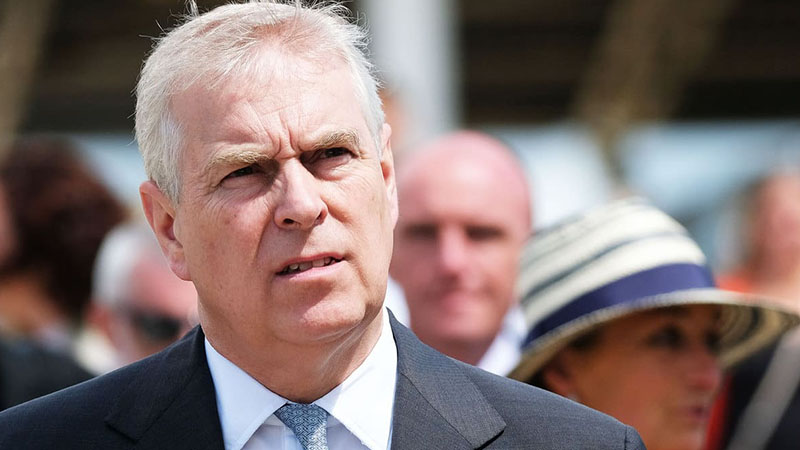 Jeffrey Epstein-accuser Virginia Giuffre has filed a lawsuit against Prince Andrew, claiming that it was “past the time for him to be held to account” for allegedly sexually assaulting her when she was a teenager. Prince Andrew has been warned that if he does not cooperate in the civil actions brought against him by Virginia, he could face a “very strong penalty.”

Ms. Giuffre’s lawyers filed the civil suit in federal court in New York seeking unspecified damages, claiming she was “lent out for sexual purposes” by convicted sex offender Epstein, according to court filings. The duke of York should not refuse to cooperate with the investigation, according to Law & Crime Managing Editor Adam Klasfeld.

“There are very strong incentives to participate in this because it could be a very strong penalty if he does not.”

Following Virginia Giuffre’s decision to sue the Queen’s son for alleged sexual assault, a royal expert has predicted that the Duke of York will never return to the “royal fold” as a working member of the monarchy.

Andrew is facing the possibility of Ms. Giuffre testifying in open court about allegations that the duke had sex with her while she was young. Ms. Giuffre claims she was trafficked as a 17-year-old to have sex with the king by Andrew’s former friend and convicted sex offender Jeffrey Epstein and said it was “past the time for him to be held to account”.

Andrew has previously denied the claims, and a spokesman for the duke said there was “no comment” when she was asked to respond to Ms. Giuffre’s civil suit.

According to Joe Little, managing editor of Majesty Magazine, the duke does not have to attend or testify in the civil proceedings in New York, but the legal action will be a further blow to his reputation and the monarchy’s prestige.

About the Epstein scandal, he said: “It’s damaging not only for Andrew but for the institution of the monarchy itself because all sorts of allegations have been thrown at the institution since all this came to light – and the perception is, most likely incorrectly, they are not taking it seriously.”

Mr. Little added: “While the legality and situation itself haven’t really moved on at all, in terms of his working royal role that has shifted significantly and it’s hard to see how he can resume life as a working member of the royal family.”

“I can’t think of any kind of rehabilitation that will bring him back into the royal fold as a working member of the family,” added Mr. Little.

Andrew withdrew from public duties following the criticism from his Newsnight appearance, which was dubbed a “car crash” and attempted to put a stop to his friendship with Epstein – but instead saw him widely criticized for showing little empathy for the sex offender’s victims.

As per Express, the 15-page lawsuit, filed under New York state’s Child Victims Act, names Andrew as the only defendant, while Epstein and his former girlfriend Ghislaine Maxwell are mentioned frequently throughout.

Ms. Giuffre’s lawsuit stated, “In this country, no person, whether president or prince, is above the law, and no person, no matter how powerless or vulnerable, can be deprived of the law’s protection,”

“Twenty years ago, Prince Andrew’s wealth, power, position, and connections enabled him to abuse a frightened, vulnerable child with no one there to protect her. It is long past the time for him to be held to account.”