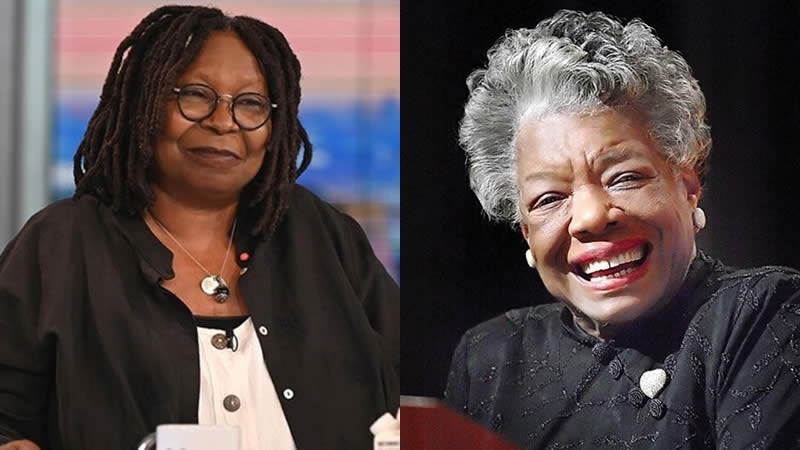 Whoopi Goldberg was happy to see Maya Angelou’s picture in the United States quarter. However, she is surprised as to why there are no Black people on paper money.

After Maya Angelou’s quarter was recently unveiled, Whoopi discussed it on The View on January 11th. According to The Independent, the actor/comedian raised objections to Angelou being added to a coin rather than a higher currency.

“I WANT TO POINT OUT THAT, NOT TOO LONG AGO, WE WERE EXPECTING TO HAVE HARRIET TUBMAN GRACING THE $20 BILL, REMEMBER THAT?” SHE SAID. “BUT NOW IT LOOKS LIKE THE PRICE HAS BEEN SLASHED TO A QUARTER BECAUSE NOW WE HAVE MAYA ANGELOU ON A QUARTER.”

“And having Maya anywhere is a magnificent thing,” Goldberg noted. “But come on America! You don’t think this is gonna make folks feel a little bit uncomfortable? We were on a $20 bill and now you have all of these powerful women, and you put them all on quarters? Come on!”

Angelou became the first Black woman to appear on currency when the new quarter went into circulation on Jan. 10. However, even the late poet’s son agrees with Whoopi about the obvious snub.

Guy Johnson told TMZ that he is honored to see his mother’s image on the U.S. quarter. He even approved the final image, which showed the author of “I Know Why the Caged Bird Sings” spreading her arms with a bird.

But Johnson agrees that it would be nice to see his mother on a $10, $20, or $100 bill. He also wants to honor investigative journalist and civil rights pioneer Ida B. Wells.

Johnson is aware that his mother would be honored by her quarter, and he believes that the image used reflects her spirit. He believes his late mother would respond to the debate by saying, “Keep pressing forward, because there’s a path to go before justice is applied equally in America.”