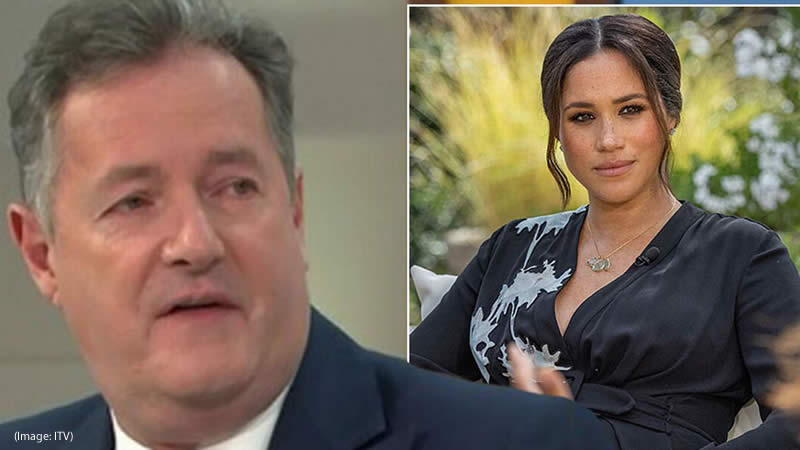 Piers Morgan has expressed his desire for Meghan Markle to be the first guest on his new TalkTV show because the two had “unfinished business.”

According to Sky News Australia, Morgan’s yet-to-be-named show would be his first since quitting Good Morning Britain after refusing to apologize for remarks he made about Markle, accusing her of lying about her suicidal feelings.

Discussing the show, Morgan said: “If Meghan Markle’s watching – I’m sure she is – if you want to be my first guest, we have a bit of unfinished business. I’m available.”

As per Yahoo, Morgan also discussed the aims of his new show, which will be the flagship program on Rupert Murdoch’s TalkTV.

He said: “Fundamentally, what I want the show to do is be a platform for free speech and democratic debate.”

The former newspaper editor said: “And the right for people to come on and have their own opinion without being shamed and canceled – because that’s the way back for society.”

Morgan has written about Markle and her husband Prince Harry in his Sun column several times since storming off the Good Morning Britain set.

He also recently said to the tabloid which is also owned by Murdoch: “I need to say a special thank you, Meghan. As we sit drinking now, it was five years ago I met her here.”

Morgan then said: “I bet she was sitting there celebrating my departure from Good Morning Britain so this move will be the stuff of nightmares for her. So cheers Meghan!”

Morgan recently posted an early look at the studio on Twitter, despite the fact that the show has yet to be given a name or an air date.

He also stated that the show will launch “in a few weeks.”

Upon announcing his new venture with TalkTV, Morgan said in a statement: “I’m thrilled to be returning to News Corp, which is where I began my media career more than 30 years ago.

“Rupert Murdoch has been a constant and fearless champion of free speech and we are going to be building something new and very exciting together.”