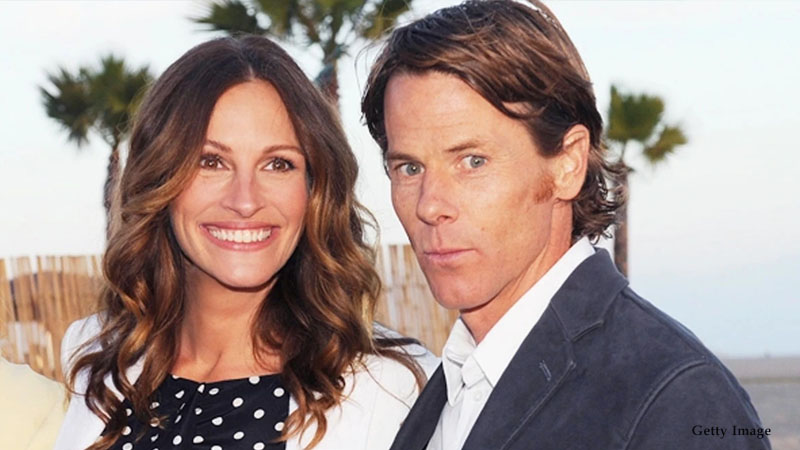 Danny Moder and Julia Roberts have been married for 20 years, and they are still deeply in love.

To mark their big wedding anniversary, Julia decided to share a special personal photograph, which captured an intimate moment between the pair.

In the picture, Julia and Danny are seen kissing passionately, with Danny tenderly placing his hand on the back of his wife’s neck.

On the set of The Mexican in 2002, the couple first met. At the time, Daniel was married to makeup artist Vera Steimberg and Julia was dating Miss Congeniality actor Benjamin Bratt.

They got married in 2002 at Julia’s ranch in New Mexico, but they have never revealed any information about their wedding day. AOL News reported that attendees said Danny wore a ruffled shirt and Julia wore a pink cotton dress for the event.

As per people, as a result of how low-key their relationship has always been, Julia chose an understated emerald ring for her engagement that was reportedly purchased at a shopping center for around £3,000.

In a 2018 interview with Harper’s Bazaar, Julia recalled the day when her children first enquired about her job.

“I don’t think they will ever have a true sense of [my fame],” she said.

“I think I told you once when they were starting to figure it out, it was like, ‘You’re famous?’ And I said, ‘I think a lot of people might have seen the movie that I’m in or might know who I am.'” They then went on to ask their mum: “Are you more famous than Taylor Swift?”