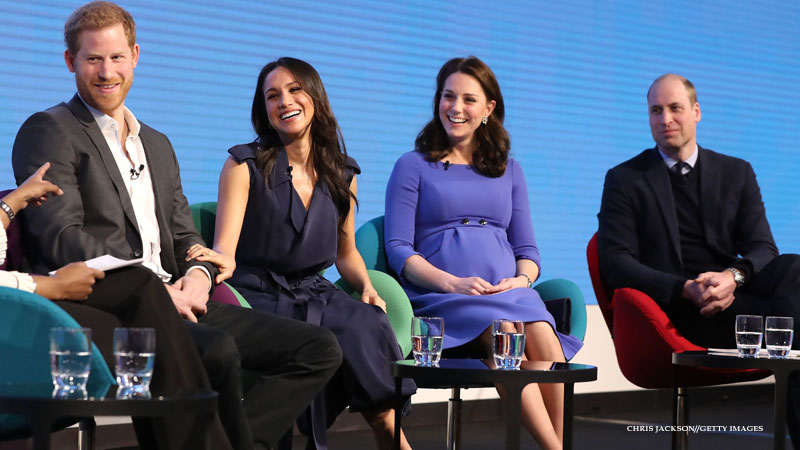 There remains “a bit of a lack of trust.”

Meghan Markle allegedly once accused Victoria Beckham of leaking stories about her and her husband Prince Harry to the media, according to claims from a new book that were reported yesterday by Marie Claire. But, inside the royal family, it seems it’s Harry and Meghan who are feared to be leaking stories, according to OK!.

According to the outlet, Kate Middleton and Prince William “are worried that anything they say” to Harry and Meghan could be summarily leaked to the media. Veteran royal expert and author Katie Nicholl spoke to Entertainment Tonight about how little time the brothers and their wives spent together at last month’s Platinum Jubilee celebrations, saying “I think that does signal not just a busy timetable on the part of the Cambridges, but perhaps also a bit of a lack of trust.”

By the end of the year, Harry’s candid memoir should be available for purchase. The Sussexes are also reportedly filming a reality series for Netflix.

“I do know that William and Kate are worried that anything they might say or do with the fact that it could end up being leaked to the media,” Nicholl says. “So, I think in the case of really having to prove now that they can be trusted.”

As per Marie-claire, it is yet to be seen what the Duke and Duchess of Sussex‘s forthcoming projects will reveal about the royal family.

During their recent tour to the UK for the Platinum Jubilee, the Sussexes had meetings with both Her Majesty and the Prince of Wales. Lilibet met her namesake, her great-grandmother the Queen, and her grandfather Charles for the first time while traveling with Harry and Meghan’s children Archie and Lili.

Of Charles, Nicholl says “he loves his son…he wants to forgive his son for everything. He wants to repair that relationship and move on. A big part of that is him wanting to be a grandfather and see those grandchildren. It may mean a few more transatlantic trips, but he wants to enjoy this experience.”

At the Platinum Jubilee, Charles was seen publicly doting on the Cambridge children—even putting four-year-old Prince Louis in his lap during Sunday’s pageant. He is “a doting grandfather,” Nicholl says, adding “he’s spent more time in recent years with the Cambridge grandchildren and he’s very, very keen to have a close relationship with Meghan and Harry’s children.”