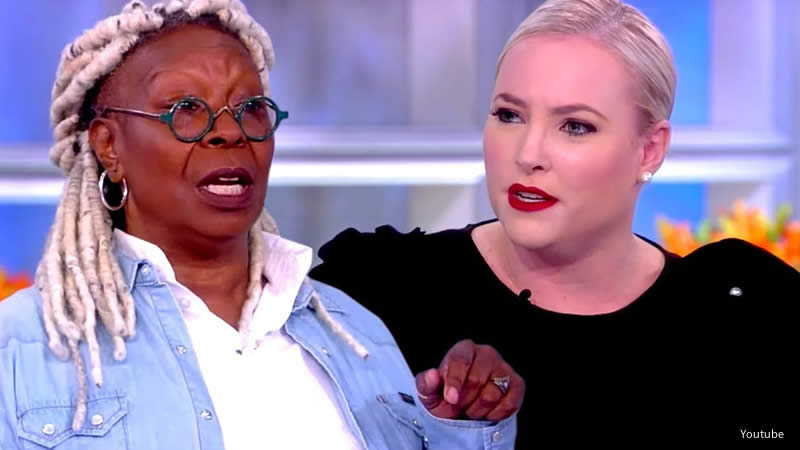 Meghan McCain has weighed in on the ongoing situation involving Whoopi Goldberg, a former coworker. And she believes Whoopi is being treated differently.

Whoopi Goldberg said on “The View” earlier this week that the Holocaust “isn’t about race,” which drew significant condemnation. She apologized several times in the days that followed, adding on Tuesday’s program, “Words matter, and mine are no exception. I regret my comments, as I said, and I stand corrected.”

As per Yahoo, McCain, on the other hand, didn’t think Whoopi’s apologies were adequate – or even sincere. She also believes that people are forgiving Whoopi far more than they would be if McCain had made the same remarks.

“I was lectured to thousands of times on ‘The View,’ there is a belief that ‘cancel culture’ is really ‘accountability culture’ among the woke left,” McCain wrote. “Which seems to be a belief that’s quickly forgotten whenever it’s Whoopi who has to be held to account.”

McCain, who left “The View” in 2021, wrote in her DailyMail column on Tuesday about how she was treated after she called out the founders of the Women’s March for being anti-semitic on a show. McCain referred to the ordeal as a “baptism by fire,” and said that Whoopi is being treated differently.

McCain said that she doesn’t believe Whoopi should be fired from her position, “if only because I don’t believe there is any universe where she could possibly do anything that could get her fired – she is the crown jewel of ‘The View’ and a pop culture icon.”

In her column, McCain also slammed the show as a whole saying that seeing these things happen makes her unhappy, especially considering she spent so much time with the show.

“It’s not that I expect compelling or nuanced political discussions from daytime television, but it’s sad to see the recent litany of embarrassing moments from a show I invested so much time and effort in trying to elevate to a more serious level,” she wrote.

ABC News President Kim Godwin announced on Tuesday night that Whoopi would be taken off the air, but temporarily.

“Effective immediately, I am suspending Whoopi Goldberg for two weeks for her wrong and hurtful comments,” Godwin wrote. “While Whoopi has apologized, I’ve asked her to take time to reflect and learn about the impact of her comments. The entire ABC News organization stands in solidarity with our Jewish colleagues, friends, family, and communities.”